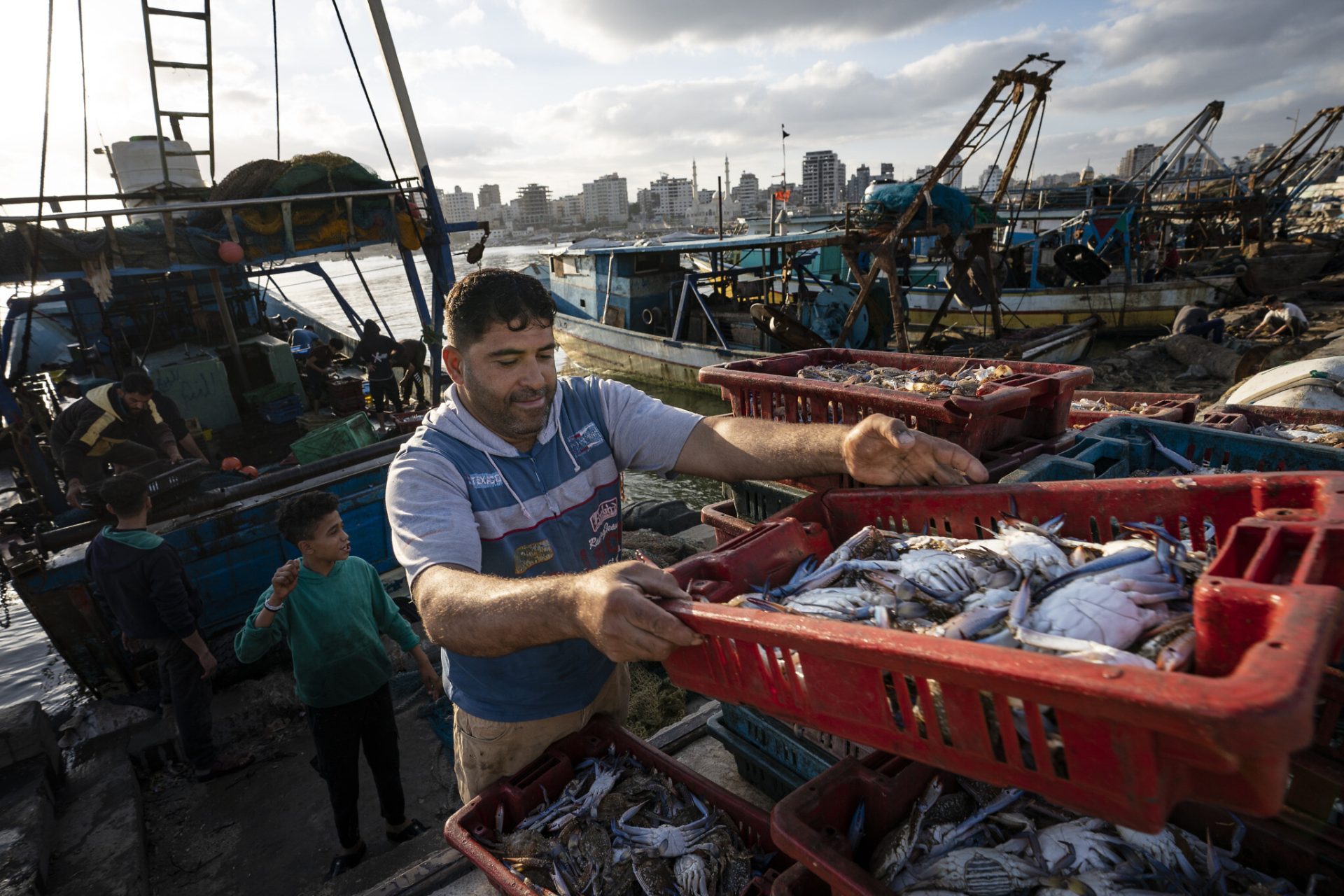 In a statement issued on November 1, Al-Mezan said Palestinian fishermen in the Gaza Strip are subjected to different types of Israeli violations, including arbitrary arrests, the seizure and sabotage of fishing boats and equipment, and the use of live ammunition against them.

In the most recent incident, the Israeli navy arrested four fishermen, including a child, and confiscated their fishing boat off the coast of the North Gaza District.

According to Al Mezan’s field investigation, at approximately 2 am on Tuesday, November 1, the Israeli navy opened fire and surrounded a fishing boat located six nautical miles off the coast of the North Gaza District. The boat was carrying four fishermen: Zayed Zaki Al-Troush, 30, Rajab Khalid Abu Ryala, 36, Abdelrahman Tawfiq Abu Ryala, 17, and Mohammed Jamal Tolba—all residents of the North Gaza District. They were arbitrarily arrested, and their boat was confiscated by Israeli occupation forces.

It’s worth noting that this is the second incident in less than a week: on 26 October, the Israeli navy forces arrested five fishermen, injured one of them, and confiscated their fishing boat. The five fishermen were all released the following day.

However, Al Mezan’s documentation shows that since the start of 2022, the Israeli navy has carried out 415 attacks against Palestinian fishermen, injuring 20 (including three children), arbitrarily arresting 58 fishers (including eight children), and confiscating 21 fishing boats.

It must also be noted that Israeli occupation authorities still ban the entry of necessary fishing materials and equipment to the Strip as part of their “settler-colonial closure against Gaza,” Al-Mezan added.

Al-Mezan also called for the immediate release of the four fishermen and the return of the confiscated boat. Al-Mezan said it strongly condemns Israel’s “continuous unwarranted and illegal practices against Palestinian fishers, which are part of Israel’s unlawful closure policy that amounts to a prohibited collective punishment under international law and represents inhumane acts that constitute the crime of apartheid under the 1973 Apartheid Convention.”

Al-Mezan also reiterated its calls on the international community—including the High Contracting Parties to the 1949 Geneva Conventions—to uphold their obligations vis-a-vis “the protected Palestinian people and pressure Israel to end its closure on the Gaza Strip and stop its systematic violations against the civilian population, including fishermen.”