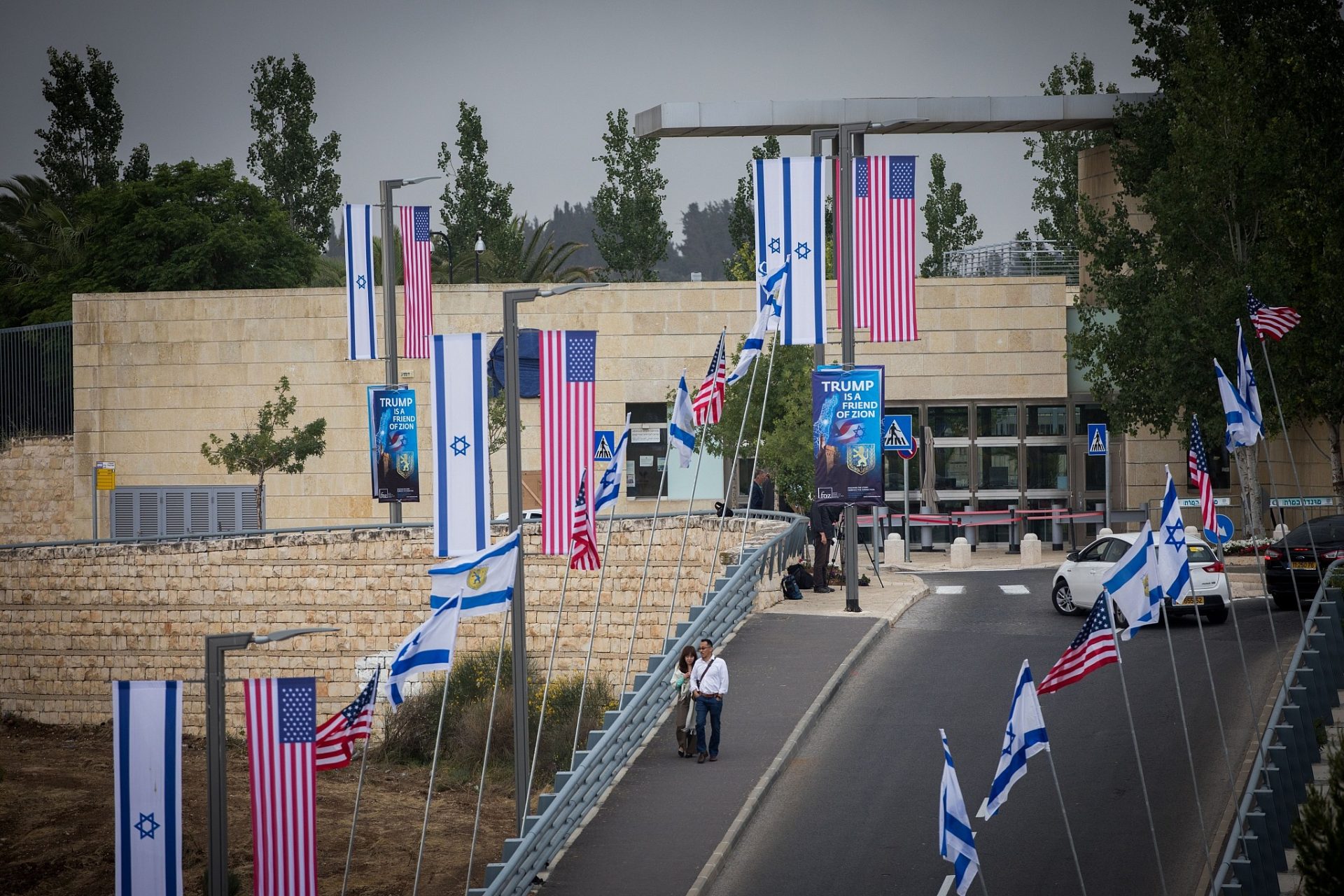 Two rights groups have urged the United States to immediately cancel plans for a permanent US Embassy building in occupied Jerusalem on land which they say was confiscated from Palestinian families, including several who are US citizens.

In a letter written by Adalah and the Center for Constitutional Rights (CCR) on behalf of the Palestinian families, the groups said, “Should the US proceed with this plan, it would not only be complicit with Israel’s illegal confiscation of Palestinian-owned land, but it would also become an active participant in the seizure of the land of US citizens.”

In February 2021, the US State Department and the Israel Land Authority submitted plans for a US diplomatic compound, following former US President Donald Trump’s provocative decision in 2018 to recognise Jerusalem as Israel’s capital and move the American embassy from Tel Aviv to Jerusalem.

Earlier last week, detailed plans for the building were made open for a 60-day public comment period after which a final decision on the project will be made.

Jerusalem’s Local Planning and Building Committee published the detailed building plan for the permanent US Embassy in occupied Jerusalem, which will replace the current temporary mission that has been used since Trump transferred it.

The diplomatic compound will be built on the abandoned Allenby military base on the outskirts of the Talpiot neighborhood, which was constructed by the Ottomans and later used by the Israeli occupation until the 1990s.

The embassy will be situated between Hebron Road, Hanoch Albek Street and Daniel Yanovski Street — an area that is just inside the 1949 Green Line, separating the 1948-occupied Palestine from the other occupied Palestinian territories of the eastern part of Jerusalem and the West Bank.

The new compound will contain the embassy building, offices, staff residence, parking and security buildings. The statement did not provide an estimate as to when its construction would be completed.

In the 45-page-letter, sent on Thursday to US Secretary of State Anthony Blinken and US Ambassador to Israel Thomas Nides, the organizations attached rental contracts between British Mandate authorities and Palestinian families who temporarily leased their land, which then made up part of the Allenby Barracks military base.

The land was confiscated by the Israeli occupation government under the Absentees’ Property Law, which grants the state the power to confiscate and impound Palestinian properties and assets that they were forced to leave behind during the Nakba.

The Nakba, or “the catastrophe”, is the name Palestinians give to the massacres and forced displacement they endured at the hands of Zionist militias in 1948, which left an estimated 15,000 indigenous Palestinians dead and some 750,000 displaced.

If the complex moves forward, the two groups said in the letter, it will be built “on land seized from Palestinians in violation of international law”.

A portion of the land belongs to Rashid Khalidi’s family. Khalidi, the Edward Said professor of modern Arab studies at Columbia University, told Middle East Eye on Friday that the letter should “put the US government in a very embarrassing position”.

Ali Qleibo’s family also owned some of the land slated for the new complex. Qleibo, a Jerusalem-based artist, author and anthropologist, told MEE that although Adalah made the historic contracts public in July, he has yet to hear from the US government.

“Refusing to acknowledge my rights of ownership? That’s really painful,” he said. “They haven’t contacted me.”

In 1948, Qleibo said his family remained in Jerusalem. “The war stopped one kilometer from our house,” he explained.

However, the land, which the family had rented to the British, was seized by Israeli authorities in 1950 and to this day Qleibo still passes by it. “We have to deal with it everyday. It’s a wound that never heals,” he said.

But, he said, it’s not only the land for the proposed embassy that is at stake, but also all Palestinian land seized under the 1950 law. “This case epitomises it. It is not simply the property. It is all of our rights. We have no rights over our properties,” he said.

Suhad Bishara, a lawyer and Adalah’s legal director and director of land and planning rights unit, told MEE that she hopes the State Department will agree to a meeting with her organisation, CCR and the property owners.

So far, she said, the only contact they’ve had from the US government following the July release of the historic rental documents is a State Department statement shared with media that due diligence is conducted on all prospective sites for US facilities.

According to Adalah and CCR’s letter, it is not clear whether that due diligence turned up the Palestinian ownership of the property, or more broadly, whether the property rights of Palestinians, including US citizens, were criteria taken into consideration.

Khalidi said he has major questions about what the American investigation into the property entailed, noting that Palestinian scholars told the State Department in the late 1980s about the ownership of the property.

“Their claim of due diligence doesn’t require them to go to Jerusalem and walk to the site. They can simply go to their archives and see that a very careful study was sent to them and they would recognise that they received it, way back when,” he said.

Bishara said now that the organizations and families have addressed US authorities officially, she hoped they would agree to meet, particularly given that the clock is now ticking on the public comment period for the project.