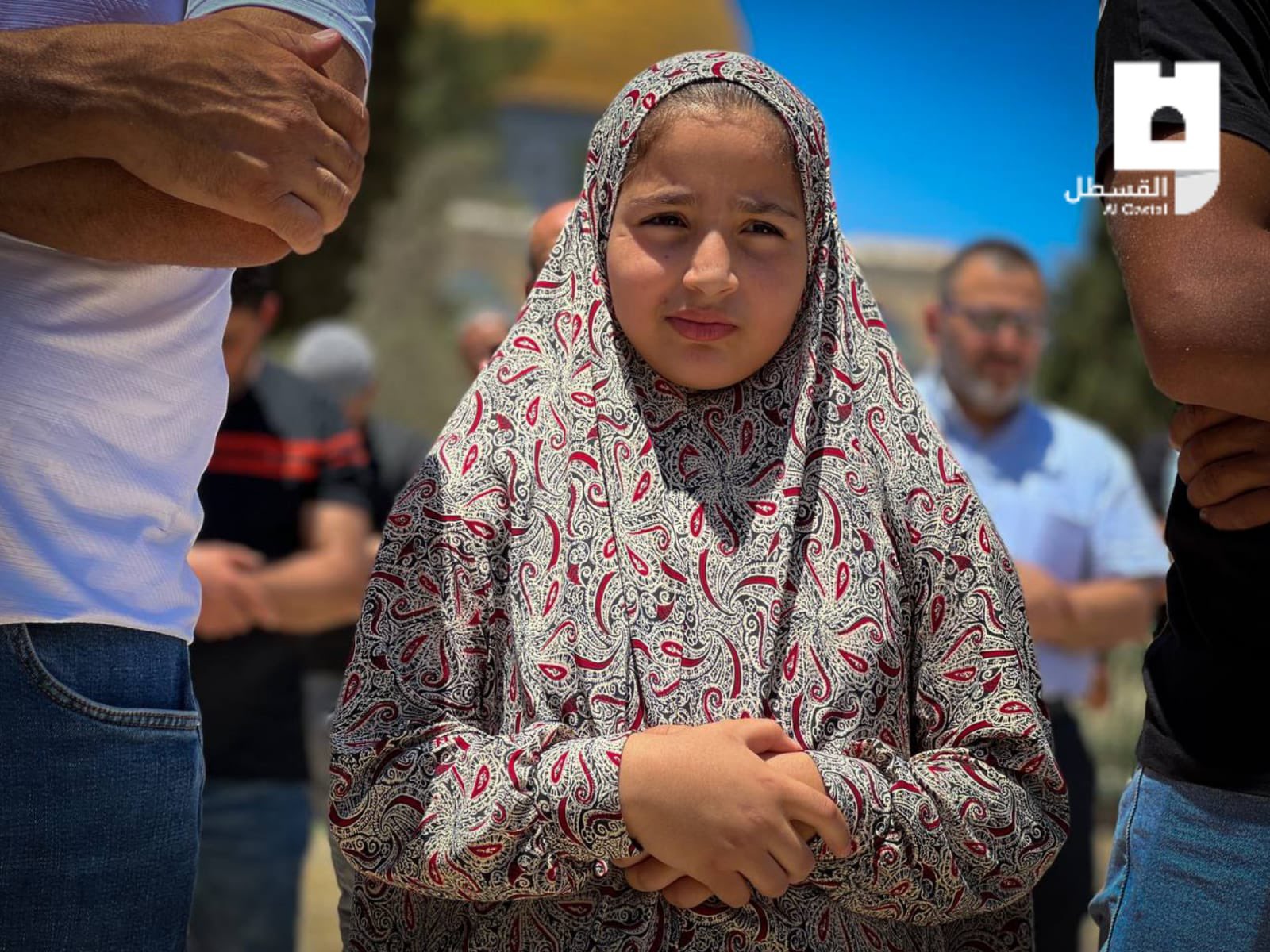 Despite the massive deployment of Israeli occupation forces in the streets of the Old City and at the holy sites’ gates and in its vanicity, Jerusalem’s Islamic Waqf confirmed that around 50,000 worshipers performed the Friday prayers at the mosque, today.

After performing the prayers, the worshipers gathered at the holy site courtyards, raised the flag of Palestine and chanted slogans in support of the mosque and against Israeli occupation’s violations.

Translation: Raising the flag of Palestine in the Al-Aqsa mosque

Sources also reported that Israeli occupation soldiers deployed at the Bab Huta Gate, one of the mosque’s gates, attacked the worshipers with clubs while they were entering the mosque to pray.

There have been calls to gather and attend the Friday and Al-Fajr prayers at the Al-Aqsa mosque with the intention of marking the first ten days of Dhul Hijjah, as Muslims celebrate Eid-ul-Adha on the 10th of Dhul Hijjah.

The holy site had been, two month ago, the centre of days of Israeli aggressions amid heightened tensions following a series of raids and attacks in occupied Jerusalem and the West Bank. The Israeli aggressions included holding the annual far-right “Flag March” on May 29.