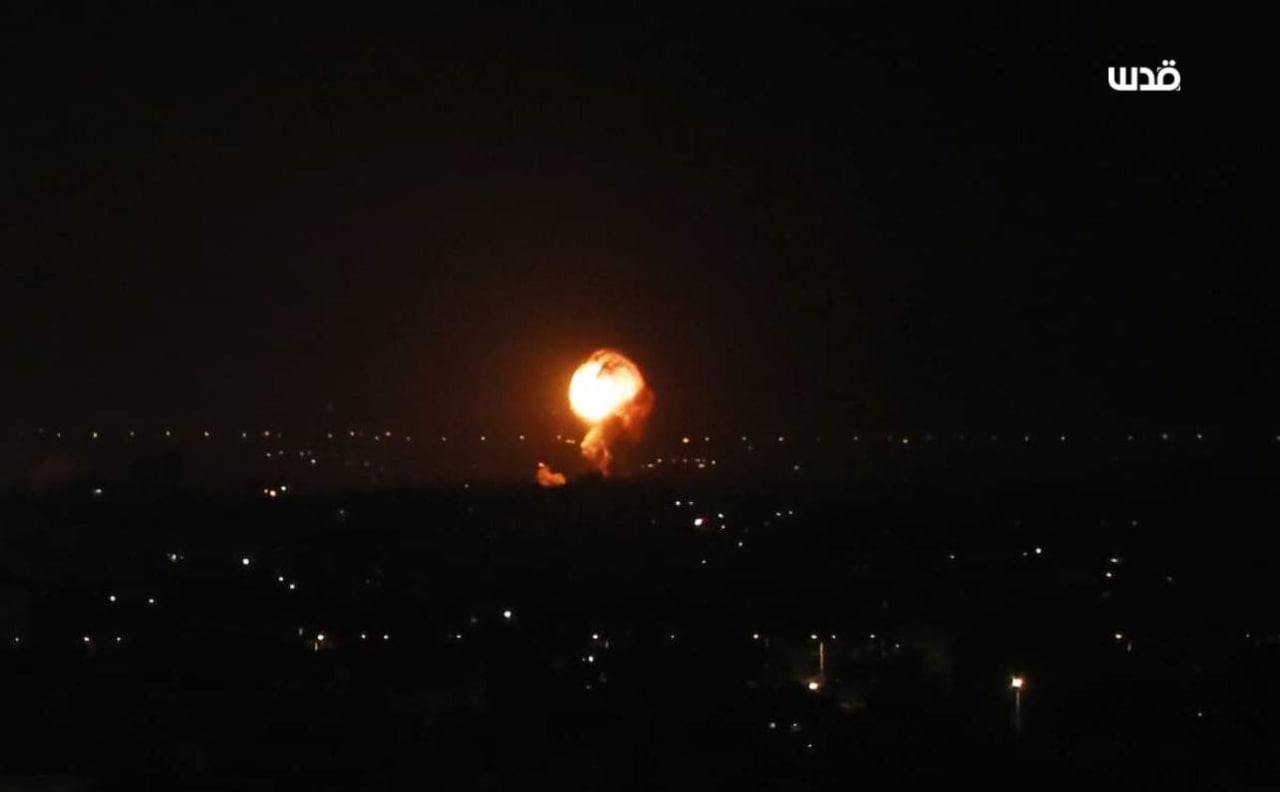 Local sources reported that Israeli warplanes attacked with at least 10 missiles a Palestinian resistance location in the Al-Maghazi camp in the central Gaza Strip, causing destruction and fire to erupt at the site, at dawn today.

Sources reported that the bombardment caused destruction to some neighboring houses and shops and a power cut in the camp.

Residents of the camp told Quds News Network that the people were sleeping when the attack happened. One family said that their children started crying when they heard the bomb sounds. There were no reports of injuries.

Photos from the scene show fireballs and smoke in Gaza from the airstrikes. Successive strikes could be seen hitting the same area repeatedly in video footage as jets were heard screaming overhead.

The Israeli occupation claimed that the attack came in response to a rocket fired from the besieged strip to the occupied territories on Thursday evening.

Sources reported the rocket fired in response to Israel’s killing of Palestinian resistance fighter and member of the Islamic Jihad group in Jenin Farooq Salameh on Thursday during an Israeli military raid into the Jenin refugee camp.

The Israeli occupation launched in August this year a three-day aggression on the Gaza Strip, killing 49 Palestinians, according to the UN.