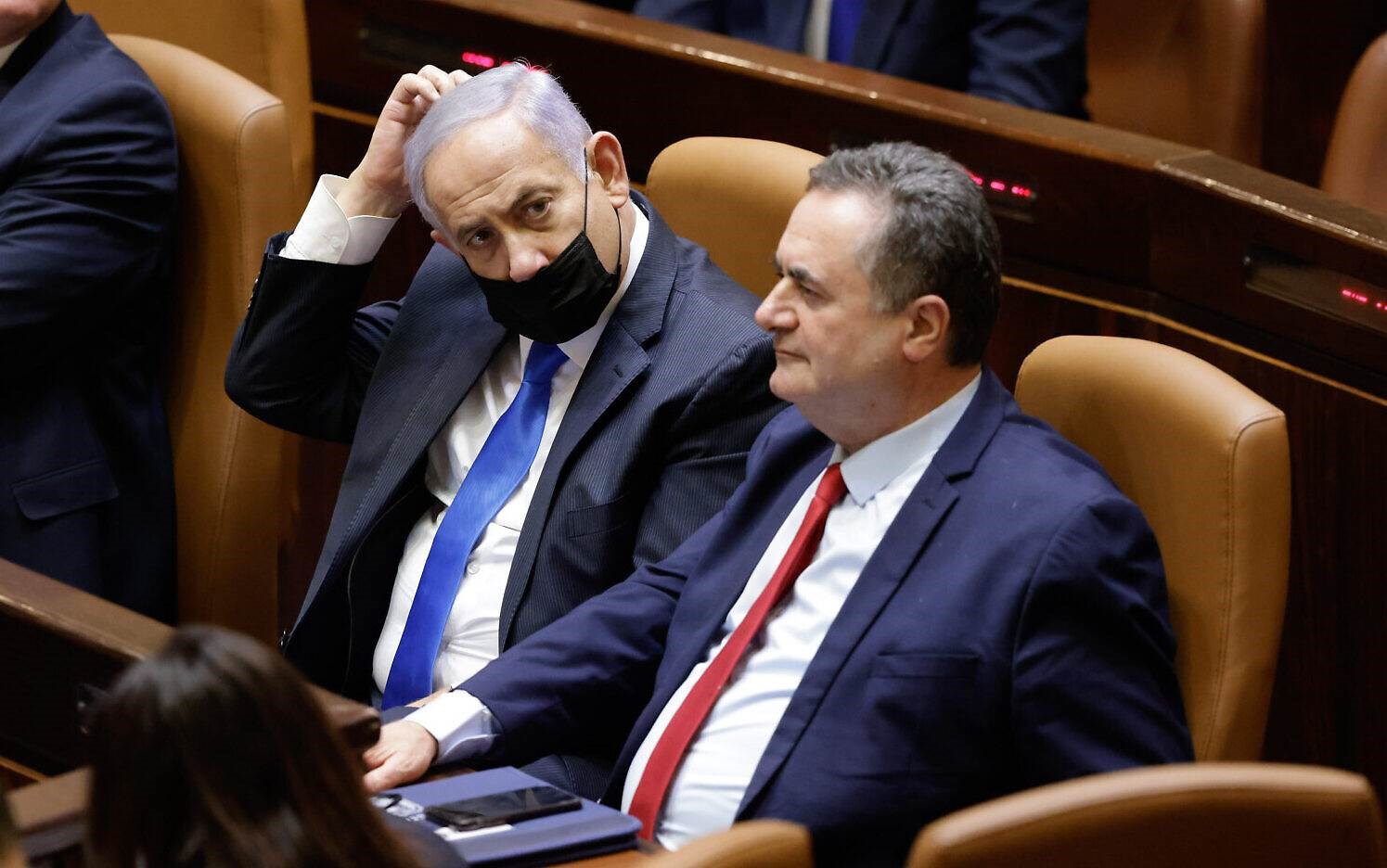 Occupied Palestine – A member of the Israeli parliament, Israel Katz, warned on Monday Palestinians of another “Nakba” if they fly the Palestinian flag.

On Tuesday morning, the Likud lawmaker put up a video on his twitter featuring him speaking at the parliament, threatening and “warning the Arab students, who are flying Palestine flags at universities: Remember 48. Remember our independence war and your Nakba, don’t stretch the rope too much. […] If you don’t calm down we’ll teach you a lesson that won’t be forgotten.”

He continued, “Ask your elders, your grandfathers and grandmothers, and they will explain to you that in the end, the Jews awaken, they know to defend themselves and the idea of the Jewish state. Don’t stretch the rope too much.”

In response, Aida Touma-Sliman from the Joint List of Palestinian parties countered him, “Are you threatening?”

Katz answered, “Listen, listen, this is also meant for you.”

He then claimed how Arabs in ‘Israel’ have it better than in told Arab country, with welfare and democracy, and chided Touma-Sliman for being a Communist, who joins “the worst of Israel’s enemies – they speak of coexistence, while supporting the enemies of Israel… we will bring this to an end”.

Then he came with that final sentence, “If you don’t calm down, we’ll teach you a lesson that won’t be forgotten”.

Katz, who is a former minister of finance, foreign affairs, and intelligence under Netanyahu, is not the first Israeli lawmaker to come up with warnings of another Nakba.

In May 2018, Likud lawmaker Avi Dichter (former head of Shin Bet) warned that the Great March of Return in Gaza, when Israeli forces targeted unarmed civilians who posed no danger with live ammunition, journalists and humanitarian workers, killed over 200 and injured 33,000, would turn into “the great Nakba”.

During a heated exchange in the Knesset on October 13, 2021, far-right Israeli MK Bezalel Smotrich also said that Palestinians exist in ‘Israel’ because Israel’s first prime minister and the architect of the Nakba, David Ben Gurion, did not “finish the job” of clearing out the territory of its indigenous populations. Smotrich said to the Arab Knesset members, “I am not talking to you, anti-Zionists, terror supporters, enemies. You’re here by mistake because Ben Gurion didn’t finish the job and didn’t throw you out in 1948.”