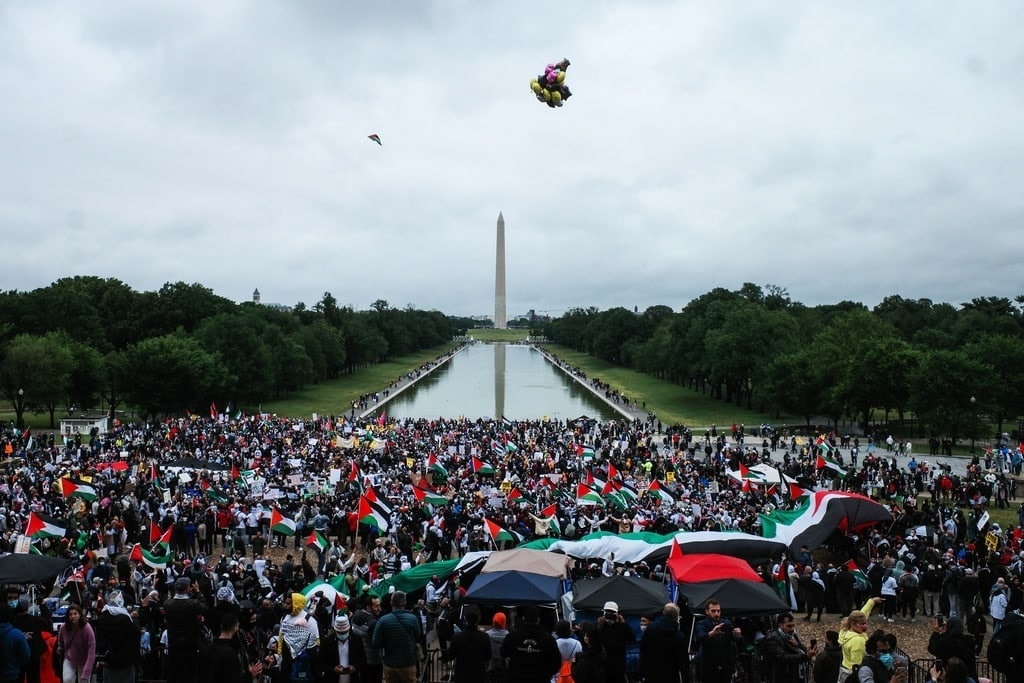 WASHINGTON (PNIC) The tsunami of voices rising across the globe in condemnation of Israeli war crimes continued to be heard as Palestinians and their supporters thronged the streets of DC.

Steady rain showers weren’t enough to dampen the spirits of demonstrators, who came from all over the US and descended on the National Mall by the busload.

The protesters called on Israel to stop killing Palestinians and condemned it for adopting what they called apartheid policies. They also called for an end to Israel’s occupation of Palestinian territories and demanded that the US government stop funding the regime.

For the thousands gathered here outside the Lincoln Memorial for the National March for Palestine in Washington, DC, it’s simply not enough that the US government ends support for the Israelis, they want them to go a step further, and introduce measures to sanction the illegitimate apartheid regime.

Protesters also demanded the US government cease its campaign of harassment and allow lawyers with the International Criminal Court to carry out their investigations of Israeli war crimes unobstructed. They also called for an end to the impunity granted to the apartheid regime by major western powers.

Other speakers rejected attempts by corporate media to use the manufactured anti-Semitism crisis to undermine public support for the Palestinian cause.

Regardless of whether or not the Biden administration bends to the will of demonstrators, those battling for Palestinian liberation here in DC seem just as ready to resist Israeli aggression as their brothers and sisters in occupied Palestine.