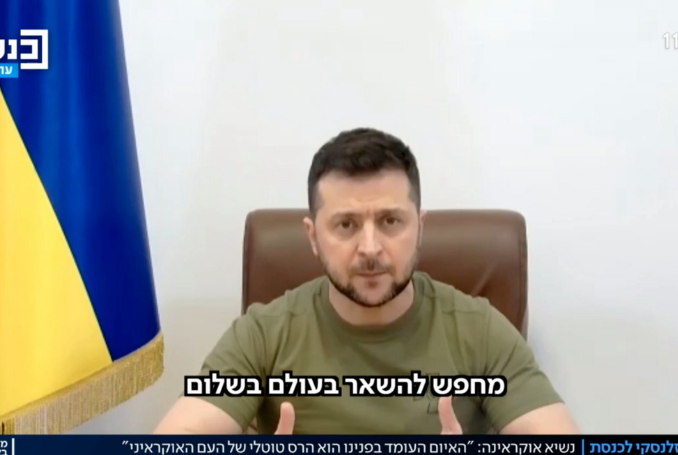 Ukraine’s President Volodymyr Zelensky on Sunday urged Israel to abandon its neutrality over Russia’s military operation, saying the time had come for the Jewish state to firmly back his country, The New Arab reported.

Zelensky, who is Jewish, made the appeal during an address to Israeli lawmakers, the latest in a series of speeches by videoconference to foreign legislatures.

Zelensky said Ukraine and Israel face the same threat from their respective enemies — “the total destruction of our people, our state, our culture, even the name: Ukraine, Israel.”

In remarks that at several points compared Russian aggression to the Holocaust, Zelensky said that “Ukraine made the choice to save Jews 80 years ago.”

“Now it’s time for Israel to make its choice,” he said.

Stressing Israel’s strong ties to Moscow and Kyiv, Bennett has sought to preserve delicate security cooperation with Russia, which has troops in Syria, across Israel’s northern border.

Israel has provided humanitarian support to Ukraine but has so far rebuffed Kyiv’s requests for military assistance.